As with Sparta and Athens we will continue to pay users in monero to participate on our upcoming testnet, Acropolis. In order to boost participation, we are increasing the payouts!

As for previous testnets, anyone who wants to can participate on Acropolis and earn monero, but there is some extra help and guidance for those that ask for it in our Rocket.Chat and Telegram.

The philosophy behind why was discussed in detail in a previous post. In short, we are paying to prepare active participants for an autonomous platform, and test the incentive structure with "real money".

What you can do to qualify for getting paid on Acropolis is described below.

More information, guides on how to get setup and extra support can be found in our helpdesk repo on github.

If you find one or more of these roles interesting, or want to learn about future roles on the network, we encourage you to visit the new roles section on our website. Here you can browse through them, and get a sense of what they will mean to the network, along with responsibilities and requirements.

You can also sign up for role specific newsletters, that will keep you updated on development and incentives!

Although we first introduced media content on the platform with Athens, the Storage Provider role was never fully activated. We decided to release the testnet on schedule, although the storage node had a bug so the content was not synchronized between the nodes and the Jsgenesis team node acted as both a hardcoded liason (upload recipient) and the single source for downloads. After proper debugging, we decided to rewrite large parts of it, and delay full functionality for Acropolis. Note that we the first 10 to sign up were compensated as promised, but the node didn't really do anything.

For Acropolis, this has been sorted out, and the Jsgenesis node(s) will not have any special privileges or priority.

Unlike Validators that can come and go without too much friction (at least for now), a new Storage Provider will need to replicate the entire content directory. As a consequence, the platform needs some stability for this role to avoid providing a poor user experience, or worse, loss of data. After migrating to the new Acropolis runtime, the users that currently hold the role will get "kicked" out, and will have to sign up again if they still want to keep their role.

Up to 10 Storage Providers that keep a full copy and provides continuous service for at least 24h will compete for $300 per week. In addition,  you will earn $0.025/GB/week (of data in the content directory) calculated on an average basis. Please note that the setup is a lot more complicated this time, so some experience using linux on the command line is required. You will also need a domain to point to your node, so unless you already own one (that you don't mind using), you will need to buy one... A detailed guide to setting up the node can be found here.

We will try our best to police the Storage Providers, so if you are not doing your job (either lack of maintenance, or cheating) at least make sure to not get caught! Payouts will be made every Monday at ~11:00GMT.

In proof of stake systems, block producers, or Validators, are typically paid a fixed amount for each block produced. Due to some connectivity issues we had for a while, the Validator nodes was often getting booted. Because of this, we are increasing the payout pool from $30 to $50 per week.

The number - 0.05 cents per block - seems a bit underwhelming, but validation requires little effort for the user after setup, and blocks come in every 6secs. With armv7 binaries or low-end VPS nodes, it should be cheap to run! A detailed guide to setting up the Validator node and settings can be found here.

Payouts will be made every Monday at ~11:00GMT.

Council Members are elected by the stakeholders in the system to act in the interest of their constituency. Somewhat simplified, the Council will allocate the platforms resources, and hire executive personnel to run the day to day.

We are looking at how to best incentivize them to act in the platforms long term interest. As this position generated less interest than we anticipated, we are tweaking the incentives by increasing the payout to get elected from $8 to $10.

If during you term a proposal to upgrade the runtime is submitted by the sudo key, 5CJzTaCp5fuqG7NdJQ6oUCwdmFHKichew8w4RZ3zFHM8qSe6 anyone that votes yes will receive a bonus worth $10. A detailed explanation the election cycle and responsibilities can be found here.

During the Announcement and Voting stage, you should include some information about yourself, and why you should get elected in your memo field. If you do get elected, make sure to change the memo field to your monero address in order to get your reward.

Payouts will occur at ~11:00GMT the day after the election/vote.

We have recently made a bounties repo where you can find specific tasks and their rewards, and we will add more bounties and evolve the system as we grow. In addition to the bounties we propose, we are always looking for suggestions for bounties from the community.

If you find a bug, potential improvement, or just an idea, there are a couple of ways to earn your reward:

Go to the applicable technical repo(s), eg. node repo, Pioneer repo,  storage node repo, runtime-repo, etc. and make an Issue. You will be compensated based on the importance and "quality", the latter of which is measured from the level of details in general, like how to reproduce, pasted log outputs, etc.

Errors in the helpdesk guides (or a non-code repo)

If you find something missing, inaccurate or poorly described, either report an Issue, or even better, make a Pull request in the helpdesk repo.

If what you have found is from another non-code repo, eg. landing repo, communications repo,  bounties repo, etc. it will most likely be covered by this bounty. Note that the bar here is quite low (grammar, dead links, etc.) so more significant findings can lead to a lot larger payouts.

Fix a software bug, or add/improve a feature

If you want, you can just make a PR directly, and your contribution will be compensated. If it's an extensive job though, it would be best for all parties if you propose a bounty yourself as outlined here. We could then agree on terms in advance, so no one will be left disappointed. 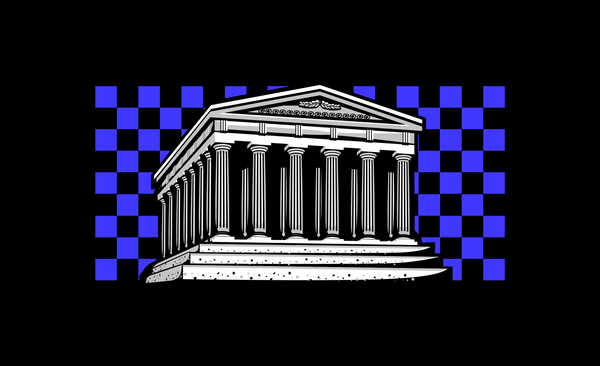 After the Council successfully voted through the runtime upgrade, Acropolis is now live!

A few roles are already active, and you can earn Monero to participate while helping us test and improve! There is however many roles in development...